by admin in Press

Joe South – One of the greatest songwriters. I will miss you my friend.

Joe South, a singer-songwriter who wove confrontational lyrics into bouncy pop hits of the late 1960s and early ’70s, including “Games People Play,” “Walk a Mile in My Shoes” and “(I Never Promised You a) Rose Garden,” died on Wednesday at home in Flowery Branch, Ga., north of Atlanta. He was 72. 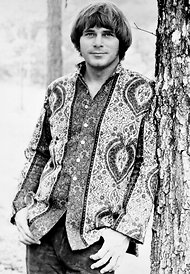 A sortable calendar of noteworthy cultural events in the New York region, selected by Times critics.

The cause was apparently a heart attack, said Judy Thompson, a longtime friend.

Mr. South’s best-known song became a hit when it was recorded by someone else. “Rose Garden,” sung by Lynn Anderson, reached No. 3 on the Billboard pop chart in 1971, four years after Mr. South wrote it. The chorus — “I beg your pardon, I never promised you a rose garden/Along with the sunshine there’s gotta be a little rain sometime” — reflected a world-weariness characteristic of his writing.

In 1969 he targeted religion and insincerity in “Games People Play,” which thrust him toward stardom:

People walking up to you

And they’re tryin’ to sock it to you

In the name of the Lord.

Joseph Alfred Souter was born Feb. 28, 1940, in Atlanta. He changed his name years later after going into music.

Mr. South loved music and technology from an early age. His father gave him a guitar when he was 11, and he was performing on local radio by the age of 12. He built small radio stations of his own with limited signal range, partly so he could play his songs.

“He would even put it in his car and ride around so that the F.C.C. and anybody else couldn’t track him down,” said Butch Lowery, referring to the Federal Communications Commission. Mr. Lowery’s father, Bill, ran a radio station and eventually became Mr. South’s publisher and manager.

In 1958 Mr. South had a modest novelty hit, “The Purple People Eater Meets the Witch Doctor.” He played guitar for recording sessions in Nashville, Muscle Shoals, Ala., and elsewhere with a range of artists, including Bob Dylan (on his album “Blonde on Blonde”) and Aretha Franklin. Billy Joe Royal recorded several of his songs in the 1960s, including “Down in the Boondocks” and “I Knew You When,” before Mr. South established himself as a performer with some of the same songs. Elvis Presley played “Walk a Mile in My Shoes” in concert.

Mr. South is survived by a son, Craig, and a granddaughter. His first marriage ended in divorce. His second wife died in the late 1990s.

Mr. South largely disappeared from public view after his brother, Tommy, a drummer with whom he often recorded, committed suicide in 1971. In 2009 he released a new song for the first time in many years, “Oprah Cried.”